Because we all breathe the same air...

Burnright was launched in March 2018 by co-founders Lawson Wight and David Sudworth. 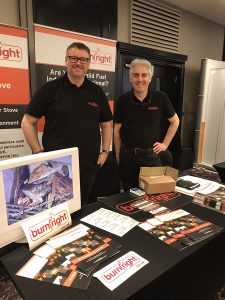 The roots of the campaign were formed many years before when Lawson produced a ‘Wood As Fuel’ document for his customers. As a chimney sweep, he knew the importance of educating customers on how to use their appliances effectively, as well as how to choose the right fuel and all the other factors which ultimately affect air quality.

With the proliferation of solid fuel appliances and the lack of consumer understanding, it was becoming apparent that this information needed to get to a wider audience. David’s background in marketing and communications helped shape this informal information into a proper, identifiable, professional campaign.

And so Burnright was born.

Since it started, Burnright has received widespread support from people right across the solid fuel industry, including trade associations, organisations and suppliers, and beyond.

The government department DEFRA specifically referenced Burnright in its Clean Air Strategy in 2019, making clear that the efforts we were taking can help make a difference.

Burnright is an independent, grass roots campaign – run by chimney sweeps for the wider benefit of everyone, including those who don’t even have a solid fuel appliance.

Because we all breathe the same air… 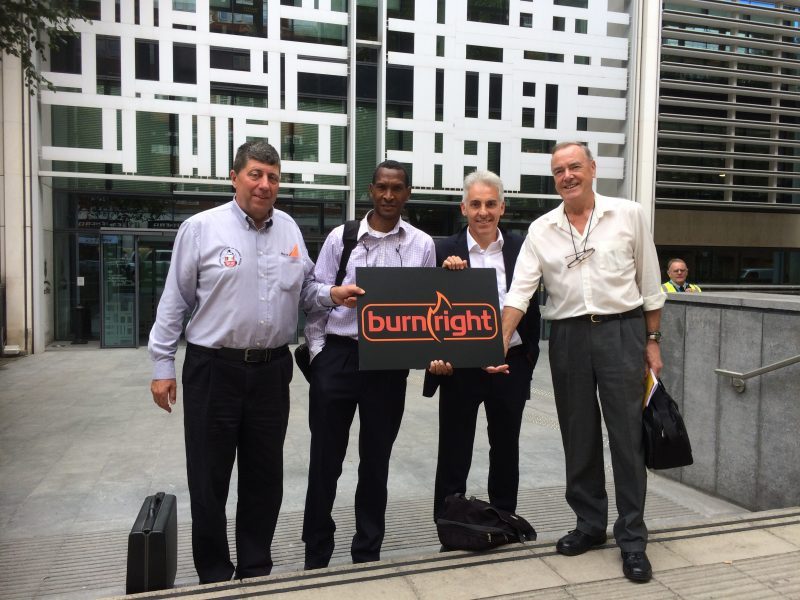 Chimney sweep association leaders at their meting with Defra officials at Westminster in July 2018.

Are you a solid fuel professional? – Use the password burnright  to see additional campaign information and resources on our Trade Information page.